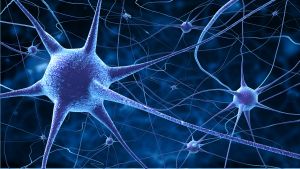 Injuries to the peripheral nervous system can cause substantial motor and sensory deficits. In the presented study, self-assembling peptide-based hydrogels are injected into a chitosan nanofiber scaffold and used as an artificial nerve graft.

Substantial motor and sensory deficits can result from injuries to the peripheral nervous system. While minor injuries usually heal on their own, more extensive damage often requires nerve grafts for repair. Currently, autologous nerve grafts are the gold standard for treating peripheral nerve defects. However, they are available in limited numbers, often resulting in donor site morbidity and increasing the risk of neuroma. Artificial nerve grafts are considered as an alternative, but so far they are often too simple to promote targeted nerve growth. Ideal properties to be fulfilled are a good biocompatibility and a sufficient similarity to the extracellular matrix (EMC). Thus, in medical research, self-assembling peptide-based hydrogels (SAPs) are considered promising candidates for neural tissue engineering.

Promising peptides include RAD, IKVAV, and KLT. RAD or RADA16-I is able to form very stable β-sheets under physiological conditions, while IKVAV resembles the EMC protein laminin and promotes neuronal adhesion, differentiation, and neurite outgrowth. KLT is a VEGF-like peptide that can also bind into VEGF receptors. This is an endothelial growth factor that triggers polarized vascularization of the bridging region.

In the presented study, two functionalized SAPs RAD/KLT and RAD/IKVAV, as well as their hybrid RAD/KLT/IKVAV, are synthesized, characterized, and evaluated for their neuronal regeneration abilities in vitro in Schwann cells (SCs) and in vivo in rats. In both cases, chitosan was used as a substitute for natural conduction pathways. In addition to its good cytocompatibility and biodegradability, its degradation products, chitosanoligosaccharides (COS), promote cell proliferation and growth.

Summary: In the presented study, two laminin or VEGF-like peptides were successfully synthesized into a SAP. As a hydrogel in a chitosan tube, the combined peptide RAD/KLT/IKVAV showed a clear positive effect in nerve regeneration. It also promoted axonal regeneration and remyelination.

Chitosans of different specifications can be found in our shop. If you have any questions, do not hesitate to contact us by mail.