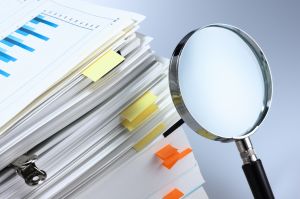 Commercial extraction of chitin is mainly from the shells of crustaceans such as snow crabs. Fungi and insects are alternative sources of chitin, which are poorly usable so far. The expansion of insect farming for animal feed production in recent years has increased the availability of insect biomass. In the following, we present a review that provides an overview of recently published studies on the extraction of chitin from insects and its conversion to chitosan.

Current state of chitin purification and chitosan production from insects

The marine food industry is currently the main source of chitin and chitosan. In 2016, about 8 million tons of crustaceans were produced for human consumption worldwide. Next to crustaceans, mushrooms are the second most important source of chitin. This vegan source contains between 1-15% chitin in the cell wall mass and some mushrooms also contain chitosan. The extraction of chitin from insects is still in its early stages. However, the worldwide breeding and processing of insects for the global nutrition of livestock and humans has increased significantly in recent years. Insect protein meal is obtained from the black soldier fly (Hermetia illucens), the yellow mealworm (Tenebrio molitor) and, in smaller quantities, the lesser mealworm (Alphitobius diaperinus). The exoskeleton of Hermetia illucens larvae, which is shed during metamorphosis, contains up to 35% chitin. The chitin is contained in the cuticle, the outermost layer of the exoskeleton, and is embedded in a protein matrix. To extract the chitin, the proteins, lipids, minerals, pigments, and catechins must be removed. The authors evaluated a total of 52 papers on chitin purification and chitosan production from 58 insect species.

Prior to chitin extraction, insect samples are often cleaned, dried, and ground (particle size 200-500 µm). For lipid-rich insect samples, such as whole larvae, a fat removal step, by boiling and separating the fractions with an extruder or oil press, is often necessary.

Methods for chemical extraction of chitin from insect exoskeletons are similar to extraction from marine sources:
1. demineralization with dilute acids such as hydrochloric acid or acetic acid.
2. removal of proteins by alkaline treatment with dilute sodium hydroxide solution (in addition, this can extract some of the dyes and soluble lipids from the exoskeleton).

For additional bleaching, reagents such as sodium hypochlorite, acetone, and hydrogen peroxide can be used.

In the publications considered, data on the degree of demineralization and deproteinization of chitin were missing, only the chitin yield was mentioned in most of the articles. Mostly, the chitin yield was 5-15%, with a maximum yield of 36% for Apis mellifera and cicadas.

Conversion of chitin to chitosan

Chitosan, unlike chitin, is soluble in weak acids and thus offers a broader range of applications. Chemical conversion is performed by deacetylation with concentrated sodium hydroxide solution. The chitosan yields of the included studies ranged from 2-8% (based on the original biomass used) or 60-83% (based on the dry weight of the chitin). The degrees of deacetylation obtained varied from 62 to 98% and molecular weights ranging from 26 to 300 kDa.

Conclusion: The increasing number of publications about the extraction and purification of chitin from insects shows the interest in usage of the alternative source. In insects, chitin is embedded in a complex matrix, which requires more effort in purification and additional steps for bleaching. To date, the production of chitin has been predominantly carried out in a laboratory scale and the literature is often limited to describing only the processes for chitin recovery and deacetylation to chitosan. Quantitative data, such as on the purity of chitin and the yield of chitosan upon conversion, are often lacking. Further developments are needed to obtain high quality chitin and chitosans from insects to utilize insect farming by-products.

More info on alternative sources of chitosan here: Comparision of chitin/chitosan from crustaceans vs. fungi