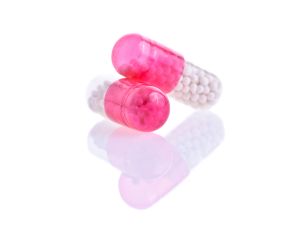 The healing process of a wound injury follows the steps of hemostasis, inflammation, cell proliferation, and regeneration until complete healing of the damaged tissue. In chronic wounds, the progress of these steps is disturbed, leaving the wounds inflamed for a long time. In an aging society with bad health habits (poor diet, little exercise), the number of chronic wounds is going to increase. Therefore, the research on materials that improve wound healing is important. The publications presented below are devoted to research about chitosan-based materials for the treatment of chronic wounds.

The authors produced multilayer films of chitosan and alginate using layer-by-layer technique that could be applied as wound dressing material. The swelling behavior of alginate could provide optimal moisturization of the wound while chitosan stimulates platelets aggregation. Chitosan 85/500 (degree of deacetylation [%] / viscosity [mPas]) of Heppe Medical Chitosan GmbH was used for this study. The study investigated the cross-linking strategy for chitosan and alginate, which improves the mechanical properties of the film without adversely affecting biocompatibility. Three different networking agents were examined:

The calcium ion-crosslinked alginate-chitosan films were the thickest, softest and most hydrophilic in comparison to the other crosslinking strategies.

Summary: The combination of alginate and chitosan is a promising material for wound dressings. In the next step, the release of wound healing growth factors through the slides could be researched.

In the second study, chitosan-based aerogel particles loaded with the antibiotic vancomycin were tested for the treatment of infected wounds. Aerogels are highly porous and sponge-like with pore sizes in the nanometer range and a large inner surface.

The chitosan particles were prepared by sol-gel method using chitosan 90/1000 (degree of deacetylation [%] / viscosity [mPas]) by HMC. The morphological and structural characteristics of the chitosan aerogel particles were investigated by N2 adsorption-desorption analysis and scanning electron microscopy.

Summary: The chitosan-based vancomycin-loaded aerogel particles could be a formulation to apply antibiotics locally to the wound site to achieve optimal wound care. The next step would be the development of an aerosol formulation in powder form, which can be applied directly to the wound and studied in animal models.

Are you interested in developing products with chitosan? Our chitosans and chitosan derivatives can be purchased in our shop or get a quote here.